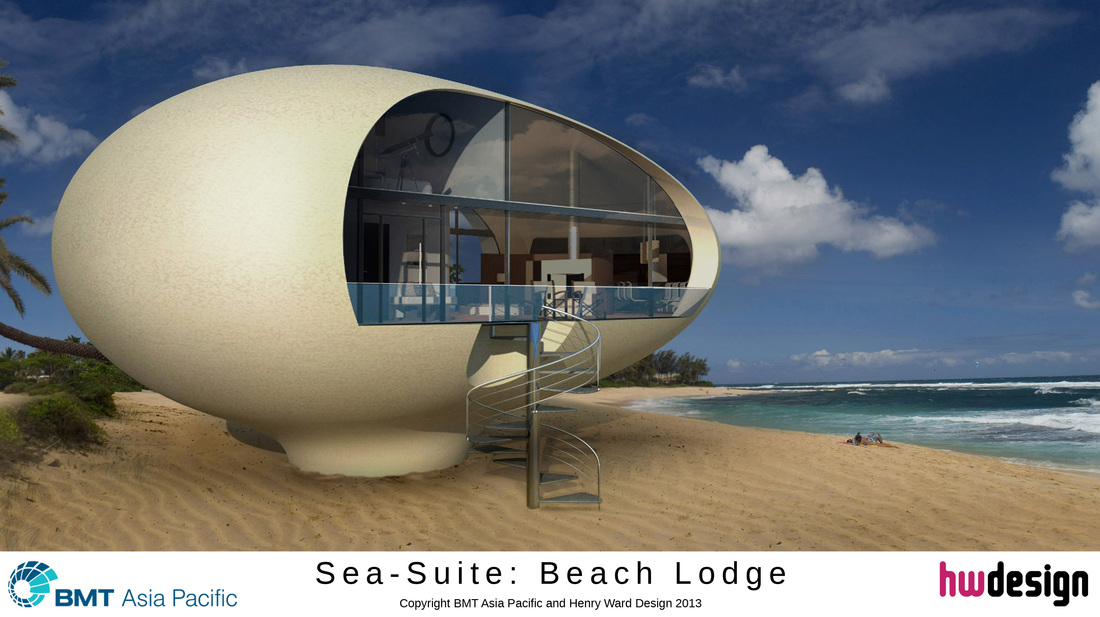 Featuring clean lines and smooth, organic curves, this modern and elegant structure was originally developed as a composite radome for the new landmark cruise liner terminal in Hong Kong. "The large-scale form fabricated to fulfil this contract represented a significant investment in its design,development and use of material.” said Richard Colwill, Managing Director of BMT Asia Pacific who, as project leader of the radome delivery, believed the compelling shape had the opportunity for a second life.

Designed by Richard Colwill and Henry Ward of Henry Ward Design, the first models of in the ‘Sea-Suite’ series illustrate the flexibility of the form. In the same way that an egg provides a flexible base for many recipes, we see countless opportunities in the development of this design for private or commercial use. The familiar, yet innovate form could be readily deployed along river and coastal sites, and a beach house variant has even been developed. We look forward to working with individuals and companies on the deployment of our firsts units, and are sure that the variety of applications ultimately created will significantly expand upon our preliminary designs.