Featuring clean lines and smooth, organic curves, this modern and elegant structure was originally developed as a composite radome for the new landmark cruise liner terminal in Hong Kong. “The large-scale form fabricated to fulfil this contract represented a significant investment in its design, development and use of material.” said Richard Colwill, Managing Director of BMT Asia Pacific who, as project leader of the radome delivery, believed the compelling shape had the opportunity for a second life.

Designed by Richard Colwill and Henry Ward of Henry Ward Design,the first models of in the ‘Sea-Suite’ series illustrate the flexibility of the form:

The Floating Lodge
The floating lodge takes the form of the radome mould’s original shape with dimensions of 18m long, by 12m wide by 8m high. This provides a fantastic volume in which a stunning two bedroom home has been created. Expansive but shaded windows flood the 6m high lounge with light from either side, while decking creates easy access to the water. The luxury space is envisaged as easily at home along lake or river side, or a part of a cluster hotel/studio development. We are delighted that our Floating Lodge design has been shortlisted for an award in the Concept Design up to 30 metres category of the International Yacht and Aviation Awards 2014. Your vote for us would be very much appreciated. 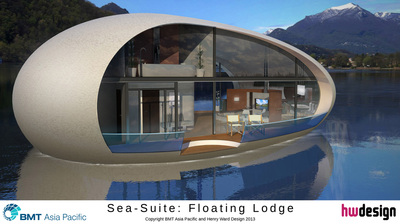 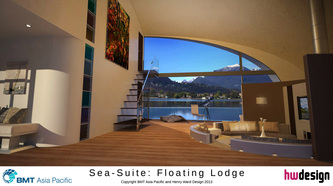 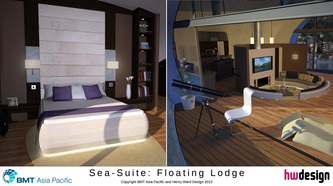 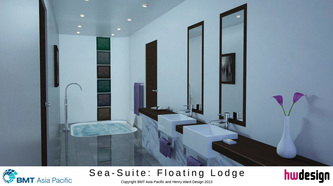 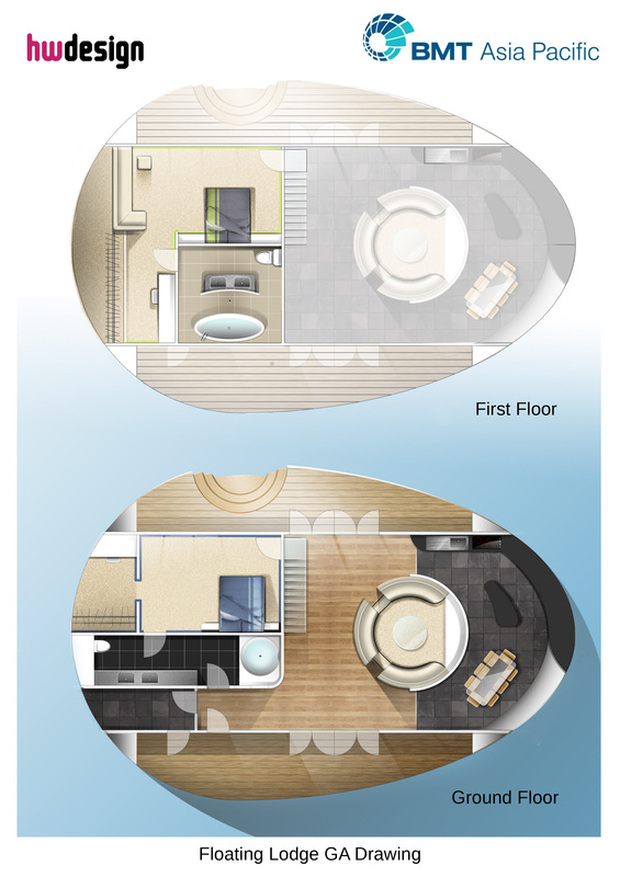