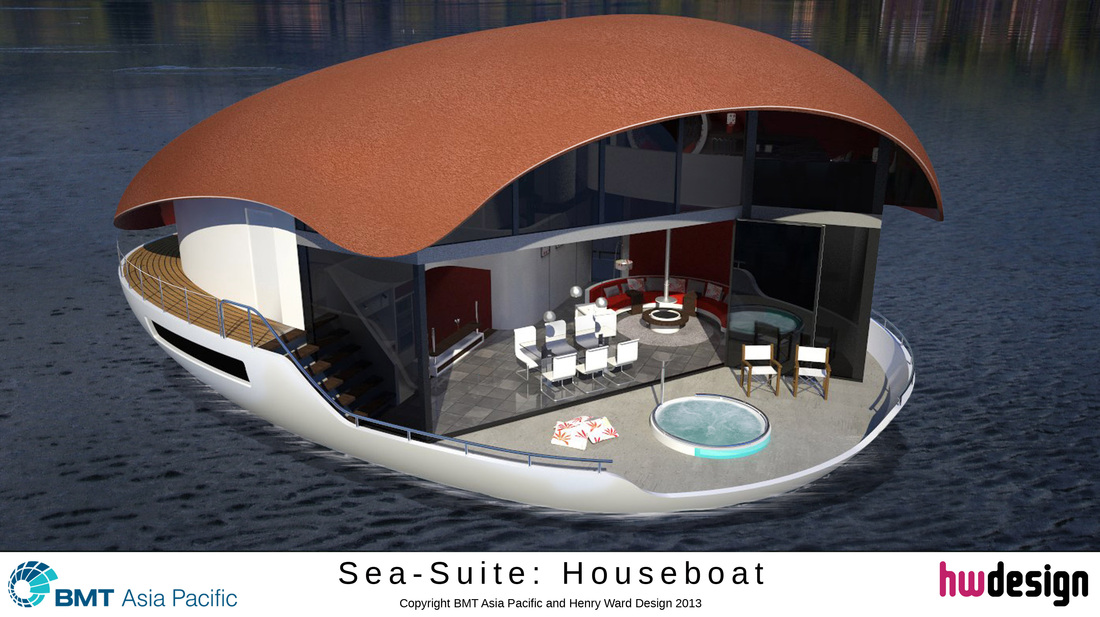 Featuring clean lines and smooth, organic curves, this modern and elegant structure was originally developed as a
composite radome for the new landmark cruise liner terminal in Hong Kong. “The large-scale form fabricated to fulfil this contract represented a significant investment in its design,development and use of material.” said Richard Colwill, Managing Director of BMT Asia Pacific who, as project leader of the radome delivery, believed the compelling shape had the opportunity for a second life.

Designed by Richard Colwill and Henry Ward of Henry Ward Design, the first models of in the ‘Sea-Suite’ series illustrate the flexibility of the form:

Houseboat
When we developed the houseboat we “cracked the egg” by raising and separating the top shell, which has been sculpted to form a terracotta roof, edged with flowing curves. This created an airy loft style houseboat with stepped mezzanine levels leading up to a master bedroom, featuring expansive views through full height windows. This houseboat was designed asymmetrically with a “front of house”  shielding the private rear terrace, reached from the lounge which offers open views from study, kitchen, “snug” and dining areas. Additional cabins provide significant accommodation for families and guests, while a secluded roof deck allows sunbathing or stargazing alike. 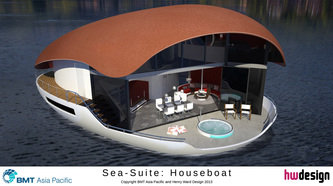 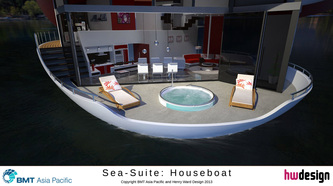 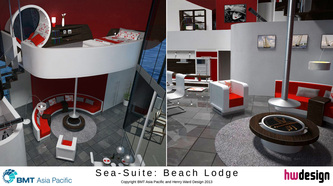 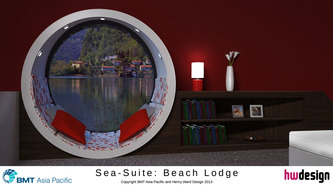 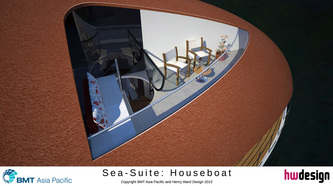 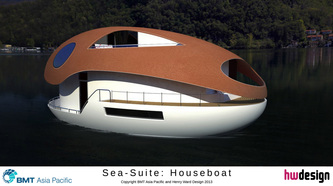 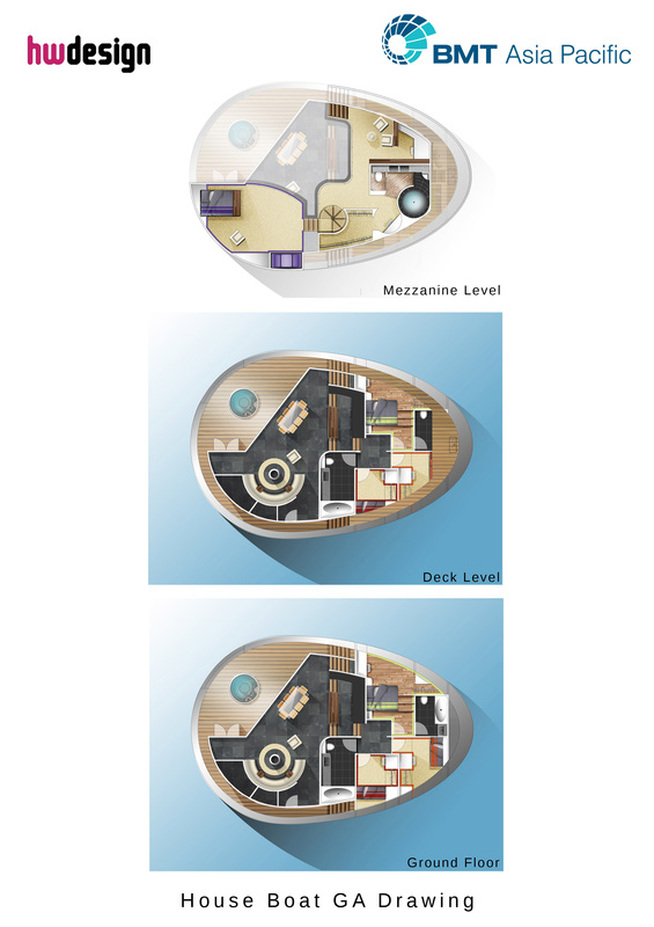